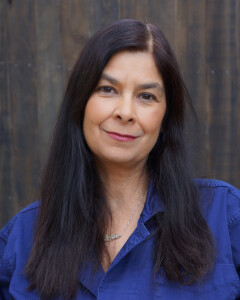 Dena Martinez has over 40 years of national professional acting experience to her credits. She has toured nationally, with The San Francisco MimeTroupe, Culture Clash, and with the acclaimed El Teatro Campesino, where she was a company artist.

She has starred in two childrens television series for PBS. Emmy award winning You Can Choose and Short Stories and Tall Tales. And her voice over work includes Pixar and Coppola/Zoetrope Productions.

Dena is also a popular casting director and director. She is currently an agent with Cast Images Talent Agency.  She is a proud member of the Actors Reading Collective/ARC.